Cen has dedicated his life to defending what he sees as truthful in art. His artwork is full of vitality and intellectual undertones. Cen only paints people that he respects, hard working people who do not let the traumas of life drag them into perdition and weakness, and for whom challenges are also opportunities.

Cen’s paintings have always been suffused with an inner glow, a holy light of kindness. Cen’s earliest motif was the traveling bard, wandering amid depictions of down-to-earth scenes of Northern Chinese agriculture, cultures, and farming habits. These rustic human landscapes brought to light his most frequent theme: the harmony between man and nature lending the strength needed to survive in harsh conditions with only primitive technology. During this period, the light that permeates Cen’s art is one of gentle hope. In Gazing at the Stars (2017), a woman looks up from working the fields to gaze fixedly into the night sky. The Pearl Fishers’ Rite (2019), which was exhibited in the Church of Malta in Venice, is a very concrete example of how important the light motif is for Cen. As the pearlfishers haul their boat ashore, a woman leads the way, illuminating the path with a torch which symbolizes the steadfast faith that supports humanity in all its struggles.

Now at the age of sixty, Cen is still actively developing as an artist, continually incorporating his ideas, philosophies, and experiences into the substructure of his painting. I am truly impressed by Cen’s relentless drive to perfect his art, which incidentally reminds me of a passage in Jean-Christophe—“Most men die at twenty or thirty; thereafter they are only reflections of themselves: for the rest of their lives they are aping themselves, repeating from day to day more and more mechanically and affectedly what they said and did and thought and loved when they were alive.”

Cen refuses to rest on laurels and wallow in old achievements, rather, he is an artist who embraces the boldness of the present and the hope of the future. He hopes to establish an artistic language that neither excludes nor panders to specific demographics, employing universal themes and timeless images which he hopes may bring feelings of hope, love, and positivity of life to all his audiences.

Cen Long was born in 1957, graduated with a master’s degree from Xi An Academy of Fine Arts in 1980. Member of the Chinese Artists Association and an active participant in China’s Eighty-Five Art movement. A former oil painting professor at the Hubei Institute of Fine Arts. He is now a professional painter.

Having been deeply touched by Cen Long’s Art, Metra Lin has devoted much of her efforts to studying Cen Long’s Art and the development of his person. Hann Art Agency was established in 2009 and had exclusively represented Cen Long since. The first publication by Metra on Cen Long’s works dates to 2010, The Singer of the Top of Clouds; which was followed by Cen Long and His Silver Age(2014), The Southern Cross – Cen Long, His World of Art(2017), and most recently, Cen Long-The Follower of Light(2019). She is convinced by the spirituality conveyed by Cen’s Art, which is capable of reaching to the depth of the modern soul, the promotion of which is a goal worthy of a lifetime. 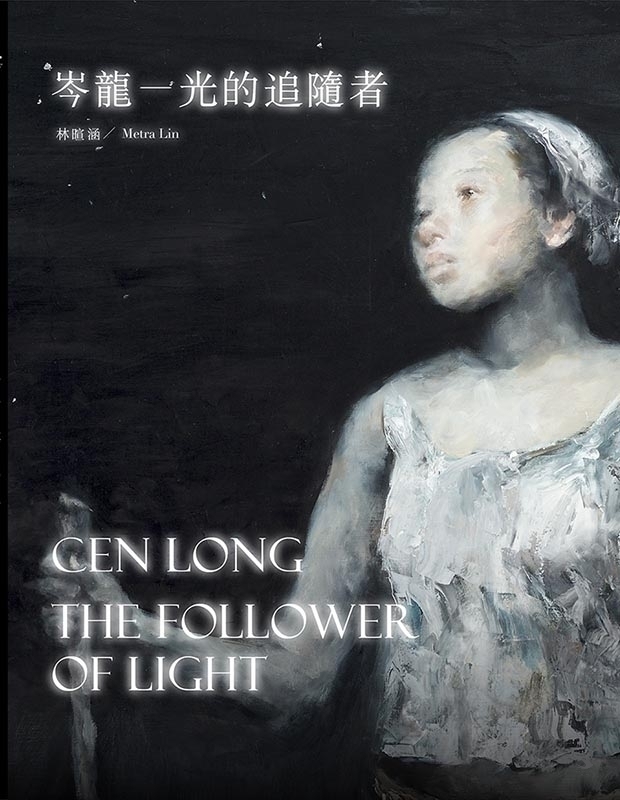